Class 8thAP - Biology10. Not for drink - not for breath

I made a visit to river Yamuna in Delhi. It has been a major source of drinking water for the most of people in Delhi. 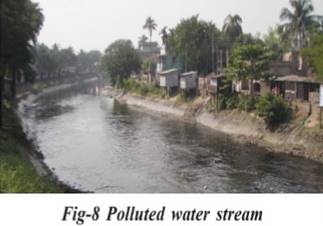 History: My grandma used to tell me that they often visited the banks because it was so pleasuring going there then. But now that pleasure is lost under heaps of polyethylene.

Water resources available: Apart from river Yamuna there are many lakes and ponds near Delhi.

Cultural Traditions: River Yamuna is worshipped as a goddess by the people. Remnants of dead corpses are drowned in it for religious concerns.

Pollution and source of pollution:

i) Industrial waste being directly drained in the river.

ii)The waste disposal of Delhi being directed near the river is the cause of heaps of polyethylene.

i) For the nearly residing people, the beauty of the banks is lost. It has been converted into a hell of a waste. The soil has lost fertility.

ii) People in the far are transferred this water for drinking hence if they drink it without making it pure, they face many health issues.

Why does the incr

How does air poll