On the given poli

C. Tokyo is a megacity in Japan.

E. Santiago International Airport which is in Chile has been shown on the map. 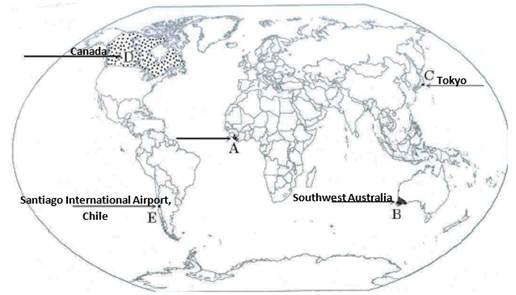