Note: In the foll A. Both A and R are true and R is the correct explanation of A.

B. Both A and R are true but R is not the correct explanation of A.

The name “blackbody” is usually given to a body because it not only absorbs radiations of all frequencies but emits the same also.

The major factors working behind this are i. The temperature (a blackbody acts as the best emitter at thermal equilibrium) and ii. On the emissivity.

Hence, the Reason (R) - The frequency of radiation emitted by a body goes from a lower frequency to higher frequency with an increase in temperature cannot explain the assertion (A): a Black body is an ideal body that emits and absorbs radiations of all frequencies.

Although (R) being a true fact because the emission radiated by a body always depends on temperatures in accordance with Arrhenius’s law of activation energy which suggests that as the temperature increases so as the rate of radiation. 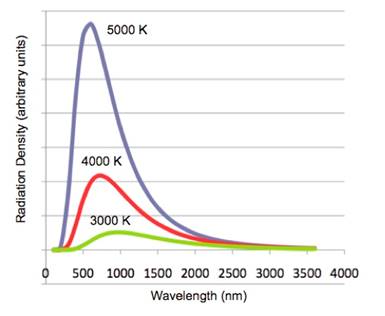 as the graph shows, the intensity of radiation increases for increasing temperatures and for shorter wavelengths ( higher frequencies).

How useful is this solution?We strive to provide quality solutions. Please rate us to serve you better.
PREVIOUSNote: In the follNEXTNote: In the foll
Try our Mini CourseMaster Important Topics in 7 DaysLearn from IITians, NITians, Doctors & Academic Experts
Dedicated counsellor for each student
24X7 Doubt Resolution
Daily Report Card
Detailed Performance Evaluation
view all courses