The NCERT Solutions for Class 9 English Beehive Chapter 6 – My Childhood that we have made available here are simple and highly effective. These Solutions have been expertly created by subject experts who make it a point to describe each section of the Chapter in a way to helps students learn important topics quickly. By referring to the “My Childhood” NCERT Solutions, students can find easy answers of the difficult questions and give their preparation the right direction.

Further, due to the fact these NCERT Solutions are 100% accurate, they can be preferred over other types of books available for Class 9 English. Not only our Solutions for the Chapter 6 aid you with reliable answers for questions, they also enable you to form your own answers. So, if you want to excel in your Class 9th English exam, then it is recommended that you refer to our NCERT Solutions for achieving perfect marks. 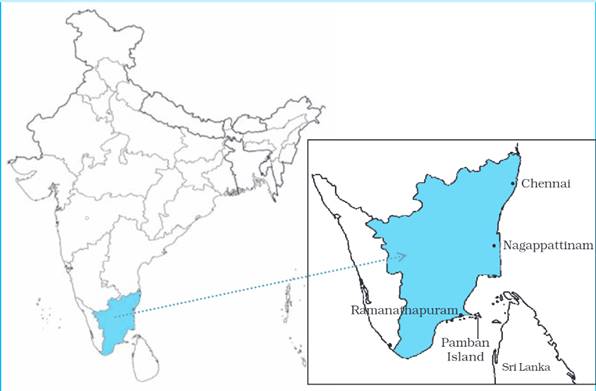 Where was Abdul Kalam's house?

What do you think Dinamani is the name of? Give a reason for your answer.

Who were Abdul Kalam's school friends? What did they later become?

What characteristics does he say, he inherited from his parents?

"On the whole, the small society of Rameswaram was very rigid in terms of the segregation of different social groups," says the author.

(i) Which social groups does he mention? Were these groups easily identifiable (for example, by the way they dressed)?

(ii) Were they aware only of their differences or did they also naturally share friendships and experiences? (Think of the bedtime stories in Kalam's house; of who his friends were; and of what used to take place in the pond near his house.)

(iii) The author speaks both of people who were very aware of the differences among them and those who tried to bridge these differences. Can you identify such people in the text?

(iv) Narrate two incidents that show how differences can be created, and also how they can be resolved. How can people change their attitudes?