• Endosperm and embryo are the two end products of double fertilization.

• One of male gametes fuse with the nucleus of an egg cell by completing syngamy which results in a zygote. 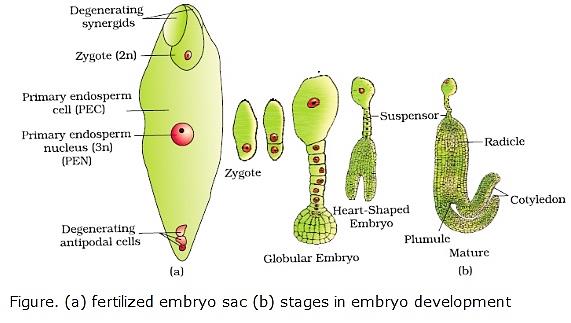 Let A be the set

What is the de Br