When two pairs of traits are combined in a hybrid segregation of one pair of character is independent of the other pair of the characters. 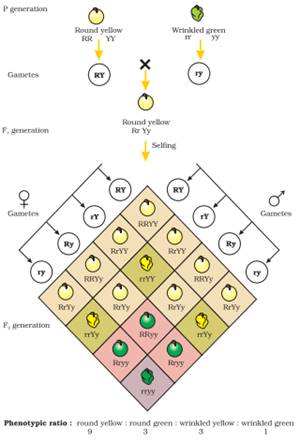 • In 1953, S.L. Miller, created similar conditions in a laboratory scale as he believed to have existed during Earth's former years.

• He created electric discharge in a closed flask containing 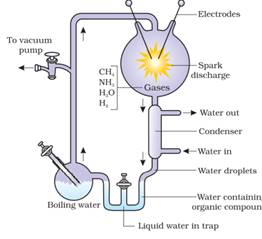 1. He observed formation of amino acids. In similar experiments others observed, formation of sugars, nitrogen bases, pigment and fats.

This experiment helped theorize the theory of abiogenesis. The first form of life arose slowly through evolutionary forces from non- living molecules.