11. The Government Budget and Taxation

Class 9thTelangana Board - Social Science11. The Government Budget and Taxation 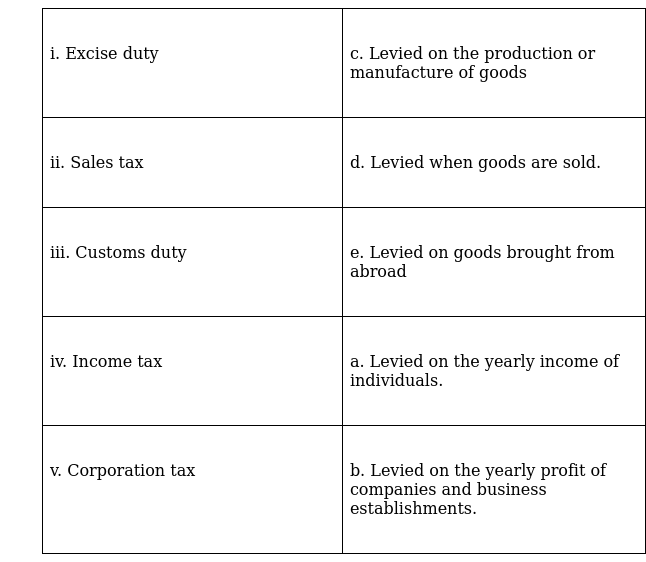 i. Excise duty is the tax levied on the goods that are produced within the domestic territory. Excise taxes are those paid on the purchase of goods or services and are often reflected in total purchase prices.

ii. Sales tax is the consumption tax imposed by the government on the sale of goods and services. It is levied when the goods are being sold to the consumer. Therefore the ultimate payer of this tax will be the consumer.

iii. Customs duty is a tax levied on the imports (and sometimes in exports) of the country to raise the state revenue is known as customs duty. It is generally based on the value of the goods being imported.

Introduction to Lines and Angles60 mins

Why does the gove

A group of four f

Find which of the