Explanation: The formation of the rainbow is based on the process of dispersion of light. Water drops act like tiny prisms. These water drops refract the sunlight, disperse, then they reflect internally and then refract it again. This is how a rainbow is formed

Explanation: Image formed by the concave lens is diminished in size and is erect and virtual in nature. The figure below shows the image formation by a concave lens. 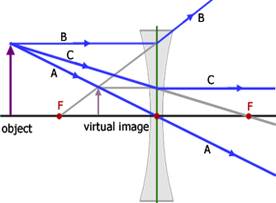 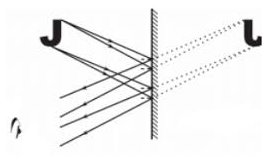 Explanation: Total internal reflection occurs when the ray of light strikes the medium at an angle greater than the particular incidence angle called as the critical angle. The ray of light after reflection obeys the law of reflection of light. The figure below shows the multiple reflections in the diamond which is the cause of diamond brightness. 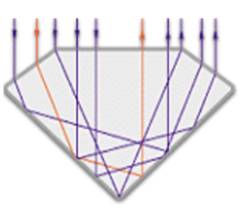 If a ray of light