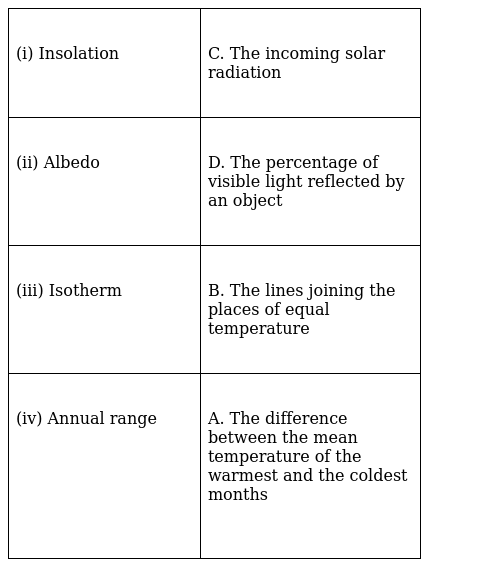 (ii) The percentage of light reflected by an object is known as albedo.

(iv) Annual range is the difference between the mean temperature of the warmest and the coldest months.