Isomers are the compounds which have same chemical formula but different arrangement of atoms in space. There are principle two types of isomerism:

Optical isomerism is exhibited by those compounds which possess chirality. The presence of an element of symmetry makes a molecule symmetric and renders it optically inactive. When molecule does not possess any element of symmetry its mirror image is non superimposable with the molecule itself. This makes the molecule optically active. Such an asymmetric molecule can show the phenomenon of optical .The two forms of the molecule which are mirror images of each other are called enantiomers.One form rotates the plane of plane polarized light in clockwise direction, while the other in anticlockwise direction. The former is called the d-form, while the latter is termed as l-form. 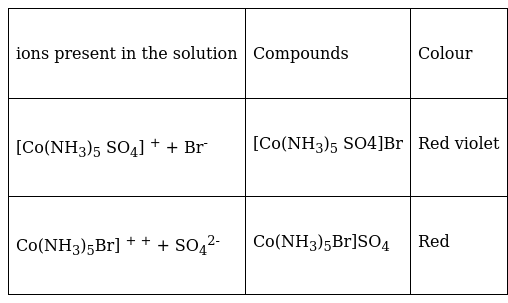 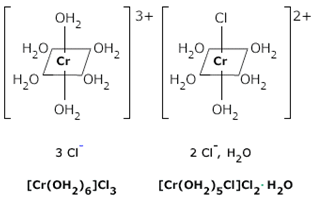 For example, -NO, ligand can bind to the central metal through nitrogen or oxygen to give two isomers as shown below. 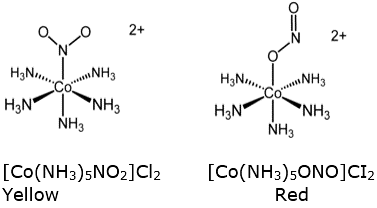 Coordination isomerism: this type of isomerism arises from different Complex ions having same molecular formula. There is interchange of ligands between cationic and anionic entities of different metal ions present in the complex. Example is [Co(NH3)6][Cr(CN)6] in which ammonia ligands are bounded to Cobalt and cyanide ligands to chromium ion. In its coordination isomer [Cr(NH3)6][Co(CN)6] ammonia ligands are bounded to chromium ion and cyanide ligands to Cobalt ion. 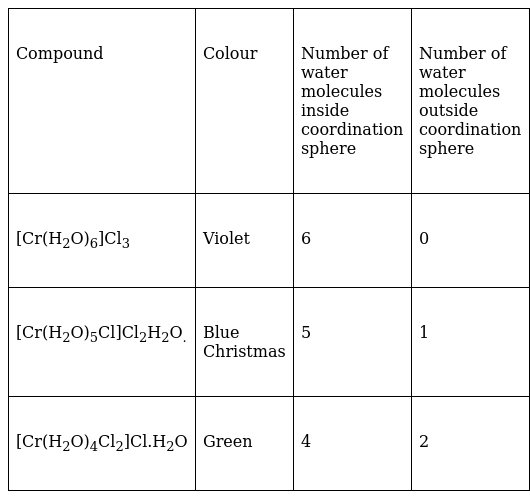