The Sign conventions for reflection of light by spherical mirrors are as follows:

(i) The pole is taken as the origin and all the distances are measured from pole of the mirror.

(ii) In case of spherical mirror, the objects are always placed in left of the mirror.

The sign conventions can be expressed in tabular form as follows for various mirrors and different positions of the object: 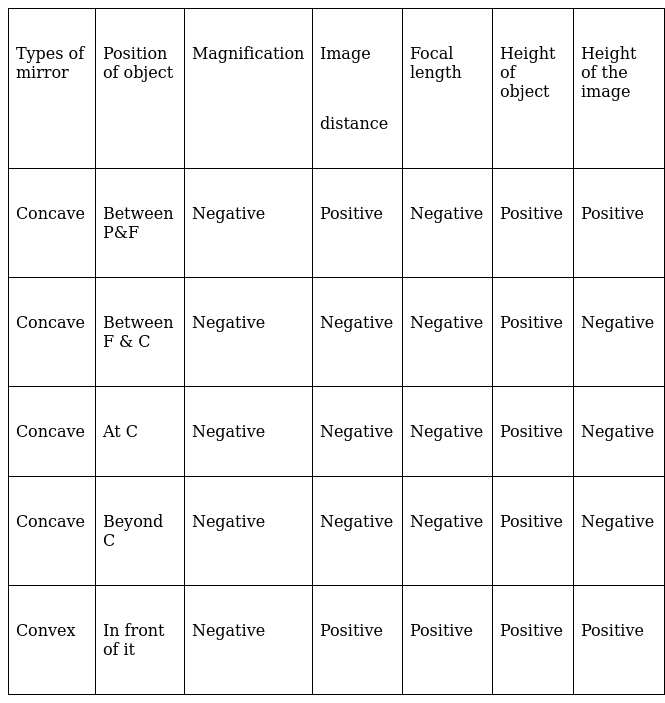 For example, when the object is placed between focus and center of curvature, the ray Diagram will be as follows:

The image will be formed at beyond the center of curvature. The nature of the image formed will be real, inverted and magnified.

Let PA is the Object distance.

Since it is given in the question that magnification is 3 times.

Magnification is given by, m= -v/u

The negative sign depicts that the lens is concave mirror having focal length of -12 cm.