(i) If the intensity of the incident light is increased, the photoelectric current will also increase linearly. 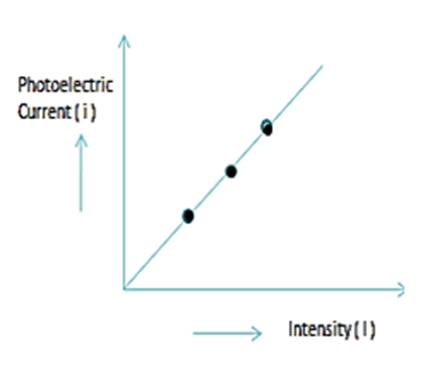 ii) There should be minimum frequency of light which will strike on the metal surface, for the electron to eject from it. That minimum frequency is called threshold frequency. With the increase of frequency of incident radiation, the kinetic energy of the ejected electron will also increase. But it will not chance the number of electrons ejected. Hence, the anode current will remain same even if the frequency is increased.

(iii) With an increase in the accelerating potential, the photoelectric current will increase first and reach to maximum value when all the electrons get collected at the positive potential plate and then remains constant. The maximum value of the anode current is called the saturation current. 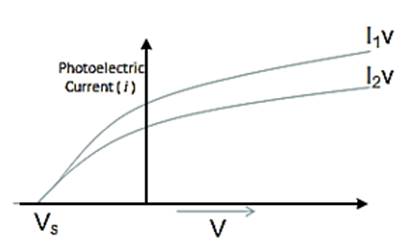 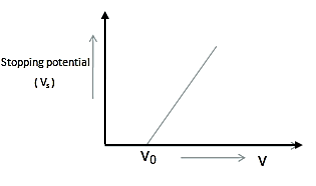 How useful is this solution?We strive to provide quality solutions. Please rate us to serve you better.
PREVIOUSHow is a Zener diNEXTWhen is a t
Try our Mini CourseMaster Important Topics in 7 DaysLearn from IITians, NITians, Doctors & Academic Experts
Dedicated counsellor for each student
24X7 Doubt Resolution
Daily Report Card
Detailed Performance Evaluation
view all courses

A neutron beam of

A particle A with

(i) In the explan

A proton and an α

Show that it is n