3. Classification of Elements and Periodicity in Properties 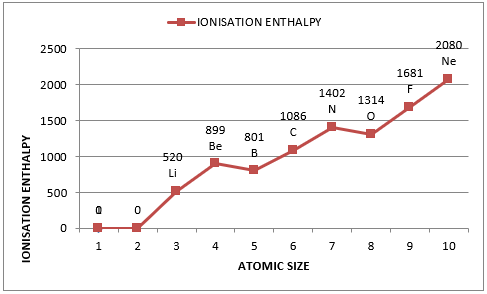 • Stability of the element due to half filled and fully filled orbitals.

But this trend is not true for every element for example beryllium and boron. Due to stable configuration of Be a very high first ionisation energy is required to remove an electron but in case of boron it has one electron in 2p1 less energy is required.

As nitrogen has half filled stable p orbital therefore it has a positive electron gain enthalpy.

State which of th