In the study of G 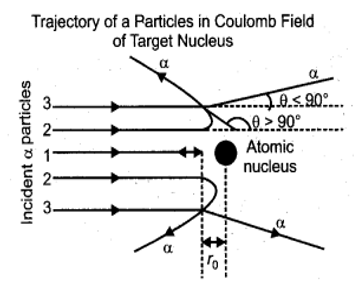 From the following experiment, following are observed:

(1) Most of the alpha particles pass straight through the gold foil. It means that they do not suffer any collision with golf atoms.

This shows that the nuclear density is independent of A.

(a) Write the bas

As the mass numbe

A molecule of hyd