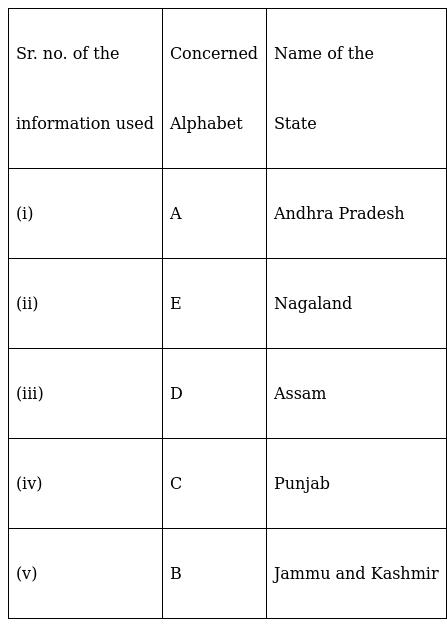 i) The movement of rural women in Andhra Pradesh to protest against alcoholism, mafias and government is called the Anti-arrack movement.

ii) During Independence, the entire north-eastern region was divided into three areas, which were Mizoram, Tripura and the state of Assam. But when the people felt that the government was imposing the Assamese language on them, there was widespread protests and civil unrest. The leaders of the major tribal groups wanted to separate themselves from Assam which finally led to the complete reorganisation of the area which ended by 1972 and with seven different states. A section of Naga tribals have also demanded a separate country since 1951 and this problem is yet to be resolved.

iii) The Bodo and Karbi communities are part of the Tibeto – Burman speaking community of Assam.

iv) The accord signed by Prime Minister Rajiv Gandhi and the Akali leader of Punjab Harchand Sing Longowal in July 1985 is known as the Longowal Accord.

v) Under Part XXI of the Constitution of India, which deals with "Temporary, Transitional and Special provisions", Article 370 of the Indian Constitution is a 'temporary provision' which grants special autonomous status to Jammu & Kashmir.