How have the terrestrial organisms adapted themselves for conservation of water?

Organisms which generally excrete ammonia as nitrogenous wastes is said to be ammonotelic in nature which aquatic animals are generally.

Ammonia is a compound which is highly toxic and is soluble in water as the nitrogen has lone pair of electrons which makes it susceptible to form hydrogen bonds with the oxygen lone pair of water.

Excretion of urea requires a large amount of water which can only be provided by aquatic animals while on the other hand terrestrial animals cannot afford to lose so much of water and get dehydrated so they convert their ammonia to products like urea or uric acid which are comparatively less toxic.

Thus this is how the conversion of ammonia to urea or uric acid have been the adaptation that the terrestrial organisms have gone through for conservation of water.

How useful is this solution?We strive to provide quality solutions. Please rate us to serve you better.
PREVIOUSWhat is the procedure advised for the correction of extreme renal failure? Give a brief account of it.NEXTLabel the parts in the following diagram.
Related Videos

How have the terrestrial organisms adapted themselves for conservation of water?

Aquatic animals generally are ammonotelic in nature where as terrestual forms are not. Comment.

Identify the glands that perform the excretory function in prawns.

What is the role of sebaceous glands?

What is the excretory product from kidneys of reptiles? 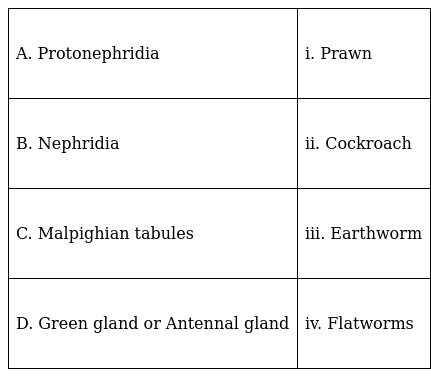 Which of the following pairs is wrong?

Which of the following is removed from our body by lungs?

Which one of the following statements is incorrect?