(a) According to Mendel’s view of dominant trait, the characteristics or the trait of an organism is determined by the internal factors, these factors always occur in pairs. Out of the two traits, only one of them expresses itself and is known as dominant. The other one which is not expressed is known as Recessive trait. 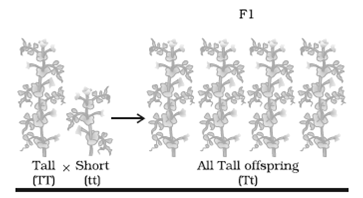 (b) A cross was made between pure breeding pea plants, one with round and green seeds and the other with wrinkled and yellow seeds. The Phenotype in F1 progeny is yellow and round shape because they are dominant over green and wrinkled seeds, in F1 progeny which can be shown as follows: 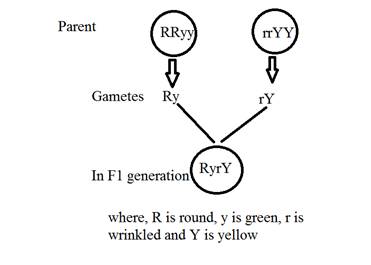 When F1 progeny was selfed, the following progeny along with the ratio will be obtained: