How can we say that India is a secular country?

The term secular refers to the one who doesn’t promote any one religion and is free to follow the religion of their choice. Following proves that India is a Secular country –

• Indian Constitution has given Rights to Freedom of Religion to its citizens and mentioned it in the Constitution. Under this Right, every individual has the Right to practice, profess and to promote any religion of their choice.

• Also, it allows individuals to follow their religious beliefs and practice as they interpret these.

Thus, India is a Secular country as Secularism means separation of religion from the state.

How useful is this solution?We strive to provide quality solutions. Please rate us to serve you better.
PREVIOUSWhat are the disadvantages of secularism?
Related Videos

Together With | Understanding Secularism53 mins

Re-read the introduction to this chapter. Why do you think retaliation is not the proper response to this problem? What would happen if different groups followed this path?

Government schools often have students from different religious backgrounds. Read the three objectives of a secular State and write two sentences on why it is important that government schools do not promote any one religion? 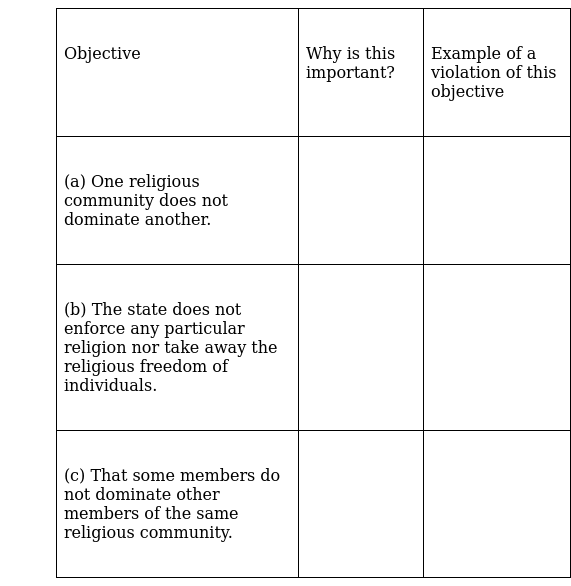