a. Both of the coastal plains are bordered by the water body.

b. Both are part of the peninsular block.

c. Both lie between the Deccan plateau and the water bodies.

d. Both fall under the same climatic zone.

The points of differences between the two are as follows – 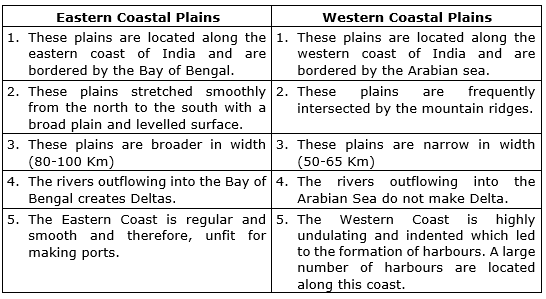 Which are the maj

How do minerals o

What do banks do