After the end of the Cold War there was no serious rival to United States. United States became a hegemony state and the only superpower in the world politics. There are three types of hegemony that are dealt within the chapter.

1. Hegemony as Hard Power – Tenzen was an artist living in Nigeria and was planning to join art and craft academy to give proficiency to her artistic aptitude. But she lost her leg in 2003 missile attack by the US. After she overcame it, she made efforts to achieve and fulfil her dreams if the foreign armies leave her country.

2. Hegemony as Structural Power – Anwar is very good in his studies in the countryside of Middle East Asia and is planning to study subjects from arts stream to accommodate him in different aspects as per requirements. But parents want him to be a master in computers to become a software engineer due to flair for job opportunities in the same.

3. Hegemony as Soft Power – Mayank is a young and energetic man of Melbourne, immigrants from Russia. His father gets upset when he puts on black shirt with white jeans while he goes to church. He justifies that black colour which signifies protest for freedom and white signifies freedom in a peaceful manner.

How useful is this solution?We strive to provide quality solutions. Please rate us to serve you better.
PREVIOUSWhich among the following statements is wrong with regard to ‘Operation Iraqi Freedom’?a. More than forty countries joined in the US-led coalition of the willing to invade Iraq.b. The reason given for invading Iraq was to prevent it from developing weapons of mass destruction.c. The action was taken with the prior approval of the UN.d. The US-led coalition did not face major resistance from Iraqi forcesNEXTMention three ways in which US dominance since the Cold War is different from its position as a superpower during the Cold War.
RELATED QUESTIONS :

Which among the following statements about hegemony is incorrect?

a. The word implies the leadership or predominance of one State.

b. It was used to denote the predominance of Athens in the ancient Greece.

d. Hegemonic position is fixed. Once a hegemon, always a hegemon.

a. War against Al-Qaeda and Taliban

b. Coalition of the willing

Which among the following statements is wrong with regard to ‘Operation Iraqi Freedom’?

a. More than forty countries joined in the US-led coalition of the willing to invade Iraq.

b. The reason given for invading Iraq was to prevent it from developing weapons of mass destruction.

c. The action was taken with the prior approval of the UN.

d. The US-led coalition did not face major resistance from Iraqi forces

Which among the following statements is wrong about the contemporary world order?

a. There is an absence of world government, which could regulate the State’s behaviour.

b. The US is the predominant player in world affairs.

c. States are using force against one another.

d. States, which violate international law, are severely punished by the UN.

In what three ways did the collapse of the Soviet Union affect the world politics? Explain.

Examine the U.S. hegemony as a structural power. 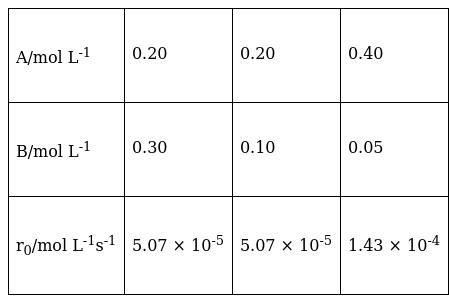