Give a brief account of the administration of the Mughals.

•Central Administration – This is the administrative system under which the king had all the powers. His position was equivalent to that of God. He was considered to be a “shadow of God on earth.” He was assisted by the council of ministers, among them prime minister or wazir was important

•Provincial Administration – Village was the lowest unit of provincial administration. For the convenience purpose, the empire was divided into a number of Subas. Subedar or governor was the in-charge of the Subas. Subas are further divided into Sarkars and Sarkars were divided into Parganas. At the time of Akbar, there were 15 Subas.

•Revenue Administration- Raja Todarmal, revenue minister during the reign of Akbar introduced land revenue system. Land revenue was the main source of income of the state. Akbar also introduced Zabti system under which land was measured with a standard weight of measurement and on the basis of the fertility of the soil, and the yield of the crops land is classified into 3 categories. 1/3rd of the crops is paid as land tax. It could be paid in cash and kind. Proper facilities were provided at the time of flood and famine.

•Military Administration-The Mughal army consisted of infantry, cavalry, artillery, and elephantry. Cavalry was an important branch of the Mughal army. Mansabdari system was introduced by Akbar which means rank or place. The mansabs were given preference according to the number of horsemen they acquire. The mansabs ranged from 10 to 10,000. They were bound to help the king at the time of war and in return they were given salary.

•Judicial Administration- The king was the centre of power who provided justice with the help of the chief Qazi. According to the Quranic law, the cases were solved. The punishments were severe, and mutilation was the common one.

How useful is this solution?We strive to provide quality solutions. Please rate us to serve you better.
PREVIOUSAnswer in detail:Whose period is known as the ‘’Golden Age of the Mughal’’ – why?NEXTMap work:On the out line map of India draw the extent of Akbar’s Empire and mark the place conquered by him.
Related Videos

How did Babur establish the Mughal Empire in India?

Prepare a rotating disk depicting literary contributions of the Mughals.

Give a brief account of the administration of the Mughals.

Write a note on the currency reforms of Shershah.

Anti- reactionary religious policy of Aurangzeb resulted in the downfall of Mughal empire – Discuss in the class room.

The Taj Mahal, one of the wonders of the world-discuss.

On the out line map of India draw the extent of Akbar’s Empire and mark the place conquered by him.

Whose period is known as the ‘’Golden Age of the Mughal’’ – why?

List any four causes for the downfall of the Mughal Empire in India.

Answer in one word:

Who was known as the ‘’light of the world’’? 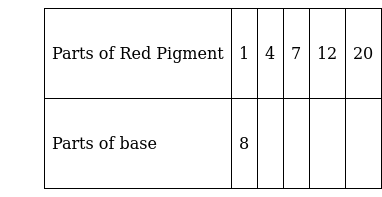