Let σ be the uniform surface charge density of a spherical shell of radius R. 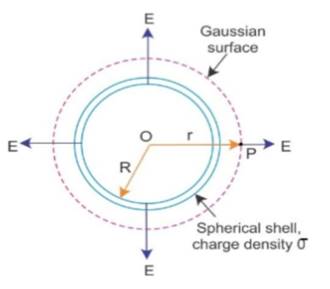 (i) Outside the shell: Let r be the radius vector.

As the spherical shell will be the equipotential surface

The electric field at each point will be same (say E).

The Gaussian surface will be spherical shell. As the elemental area ΔS and electric field E will be

parallel. Flux over entire surface will be

and total charge(q) will be

By the Gauss’s law,

This field will be same as that produced by a point charge. Thus, for points outside the shell, the field caused by a uniformly charged shell is as if the entire charge is concentrated at its center.

(ii) Inside the shell: The Gaussian surface will be spherical again. In this case, no charge will be enclosed.

Thus, field inside the entire shell will be zero. 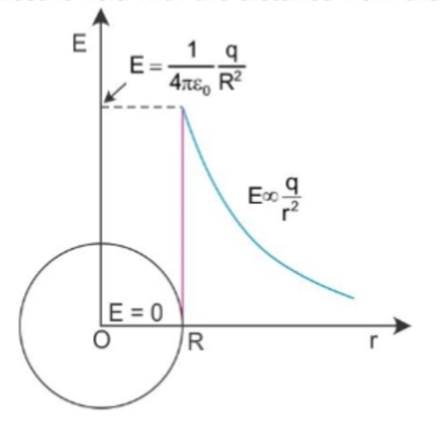