Before writing the situations first, we need to understand the meaning of law of conservation of momentum.

1) Motion of rockets and jet engines

The system of gun and bullet

In the air-filled balloon, balloon, and air inside form a kind of system. Initially when the system is at rest, so the momentum of the system is also zero. As soon as the balloon is set free air escapes out with some great velocity, balloon moves forward in the direction opposite to air rushing out. 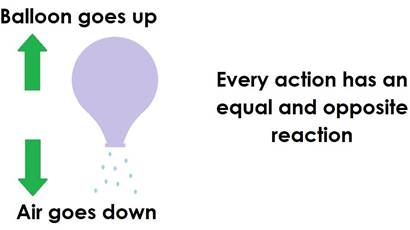 When we lighten a cracker it is at rest so the initial momentum is zero but as soon as the firecracker bursts it gets divided into small pieces and each piece has different velocity and different mass but if we add every piece’s momentum it comes out to be zero.

When a person is in middle of ice surface it can get out by using it’s thing by throwing each one of it’s things in different direction with most velocity it can achieve as the initial momentum is zero hence to make the final momentum zero the person will get some momentum by achieving some velocity.

When we push a person, we experience some force on us due to newton’s third law of motion but the velocity due to force is gained by the momentum that we obtained from the person while pushing him as the initial momentum was zero when both the person was still and when one pushes he imparts some momentum to other person so by law of conservation of momentum he will have to suffer the consequences. 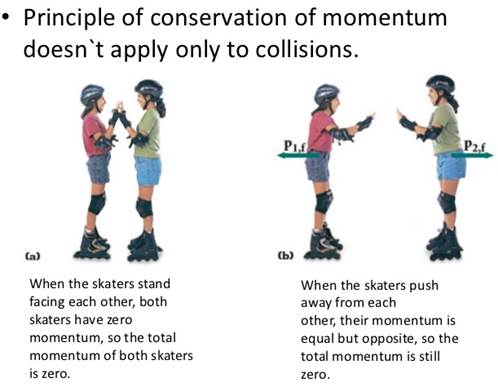 How useful is this solution?We strive to provide quality solutions. Please rate us to serve you better.
PREVIOUSPrepare and prese
Related Videos

On the basis of N