Find out from newspapers and popular science articles any new fossil discoveries or controversies about evolution.

Some 110 million years ago, this armoured plant-eater lumbered through what is now western Canada, until a flooded river swept it into open sea. The dinosaur’s undersea burial preserved its armour in exquisite detail. Its skull still bears tile-like plates and a grey patina of fossilized skins. 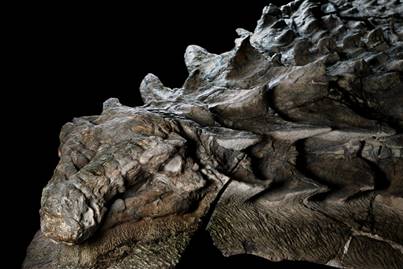 In life this imposing herbivore—called a nodosaur—stretched 18 feet long and weighed nearly 3,000 pounds. Researchers suspect it initially fossilized whole, but when it was found in 2011, only the front half, from the snout to the hips, was intact enough to recover. The specimen is the best fossil of a nodosaur ever found. 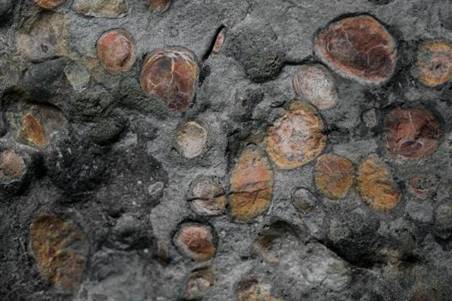 A cluster of pebble-like masses may be remnants of the nodosaur's last meal.

Quote from the article:

The more I look at it, the more mind-boggling it becomes. Fossilized remnants of skin still cover the bumpy armor plates dotting the animal’s skull. Its right forefoot lies by its side, its five digits splayed upward. I can count the scales on its sole. Caleb Brown, a postdoctoral researcher at the museum, grins at my astonishment. “We don’t just have a skeleton,” he tells me later. “We have a dinosaur as it would have been.”

How useful is this solution?We strive to provide quality solutions. Please rate us to serve you better.
PREVIOUSExplain antibiotic resistance observed in bacteria in light of Darwinian selection theory.NEXTAttempt giving a clear definition of the term species.
Related Videos

(a) Differentiate between analogous and homologous structures.

(b) Select and write analogous structures from the list given below:

(i) wings of butterfly and birds

(iii) tendrils of bougainvillea and cucurbita

We are told that evolution is a continuing phenomenon for all living things. Are humans also evolving? Justify your answer.

The evolutionary story of moths in England during industrialisation reveals, that 'evolution is apparently reversible'. Clarify this statement.

How do we compute the age of a rock?

For all real values of x, the minimum value of

Explain why Cu+ ion is not stable in aqueous solutions?