The valency of carbon is 4

The valency of hydrogen is 1

Thus, the molecular formula will be:

(b) There are two electrons in the outermost orbit of the magnesium atom. Hence, the valency of magnesium is 2.

Valency is the combining capacity of the element.

We can calculate the valency of an element by counting the no. of electrons in the outermost shell.

As magnesium has two electrons in the outermost shell, thus 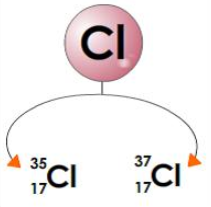 (d) Isotopes of uranium are used as fuel in atomic reactors.

Isotopes of uranium (92235U, 92238U and 92234U) are used as fuels in atomic reactors due to their significant features in the nuclear reactors.

Resembling With Our Parents42 mins