People of Poland kept the nationalist feelings alive during the 18th and 19th centuries.

1. Emphasis was laid on collecting old folklore that could revive the traditions and inculcate the spirit of nationalism in the minds of illiterate masses.

2. Music was used as a medium to keep the spirits alive. Karol Kurpinski turned folk dances and mazurka into nationalist symbols and carried on the struggle through his music.

3. The use of Polish, the vernacular language played an important role in arousing nationalist feelings. Polish was used in churches and gatherings as a result of which many bishops were imprisoned. This was because they refused to preach in Russian.

Thus, nationalist feelings were kept alive across the country even though Poland did not exist as an independent country after the partition in the 18th century.

Vietnam was divided into North and South Vietnam. The following are the circumstances which led to its division.

1. Viet Minh was formed to fight against the Japanese when Japan occupied Vietnam in 1940.

2. Ho Chi Minh became the Chairman of Viet Minh which recaptured Hanoi in the year 1945.

3. The Viet Minh had to retreat to the hills when the French tried to regain control with their puppet emperor Bao Dai.

4. This became a cold war between the Soviet Union and the United States.

5. The French supported Britain and the United States whereas Ho Chi Minh was supported by China and the Soviet Union.

6. About sixteen thousand French troops faced a big defeat at Dien Bien Phu against the Viet Minh in the year 1954.

7. The French Government negotiated with the Republic of Vietnam.

8. Vietnam was divided into North and South Vietnam as per the provisions of The Geneva Agreement of 21st July 1954.

How useful is this solution?We strive to provide quality solutions. Please rate us to serve you better.
PREVIOUSExplain how public sector contributes to the economic development of a nation.NEXTExamine the various innovations in print technology in the late 19th century and early 20th century.ORDescribe the process of development of novels in Hindi.
Related Videos

What was the main aim to establish Tonkin Free School in Vietnam by French? 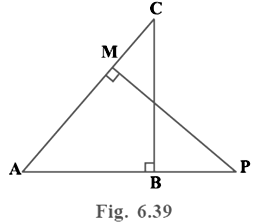