The way in which people organize themselves and their living spaces in a place is called settlement – that is geographical space people live and work. There are different kinds of settlement such as educational, religious, commercial, etc. Settlements started in the early days when humans hunted and gathered the food. When the practice of agriculture started settlements expanded widely to other parts of the region.

Difference between Urban and Rural settlement 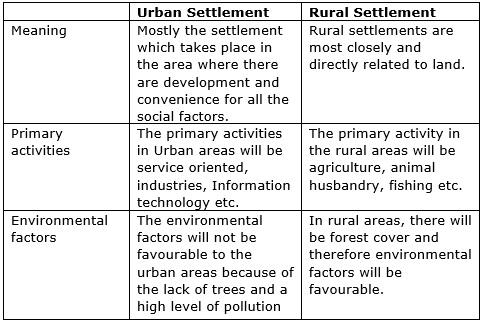