After transcription, the processed mRNA (messenger RNA) leaves the nucleus through the nuclear pores and enters the cytoplasm where it attaches to a ribosome. tRNA (transfer RNA) molecules in the cytoplasm carry an amino acid corresponding to its anticodon.

The ribosome moves along the mRNA and the process repeats. The length of the polypeptide chain increases and translation stops when the ribosome reaches the stop codon (UAA, UAG, and UGA) on mRNA. 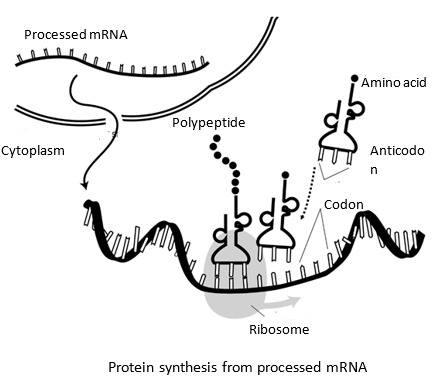