5. Principles of Inheritance and Variation

Therefore, two or more forms of a single character can exist in a single gene locus of a homologous chromosome within a species that may put different effects on the phenotype of an organism. In the hybrids between two individual displaying different phenotypes only one character is observable. This phenotype or the character (allele) which is expressed in the hybrid is said to be dominant and the other to be recessive, whose phenotype remains masked in heterozygous condition, but is only expressed in homozygous condition. This is known as the law of dominance. 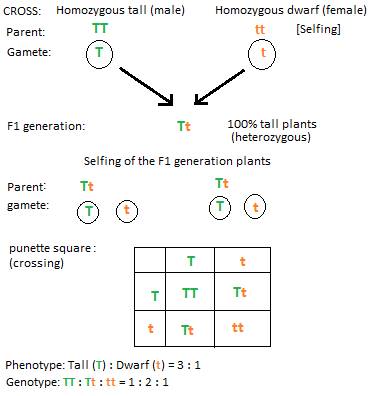 Here the character tall is the dominant trait whereas dwarf being the recessive one.