Semi-clustered settlements represent a kind of rural settlements that possess the following attributes:

(A) Semi-clustered settlements result from the tendency of clustering in a limited region associated with a dispersed settlement.

(B) Often settlement patterns like these may result from fragmentation or segregation of a larger compact village.

(C) For example, one or above sections of the village society prefer or are forced to live a little distant from the major cluster or village.

(D) Commonly, the dominant and land-owning community occupies the major village, while people belonging to lower strata of society in addition to menial workers settle on the village’s outer flanks.

(E) They are widespread in some parts belonging to Rajasthan and Gujarat plains.

How useful is this solution?We strive to provide quality solutions. Please rate us to serve you better.
PREVIOUSDifferentiate between rural and urban settlements.NEXTExplain the factors responsible for different types of rural settlements.
Related Videos

Choose the right answer from the four alternatives given below.

In which one of the following environments does one expect the presence of dispersed rural settlements? 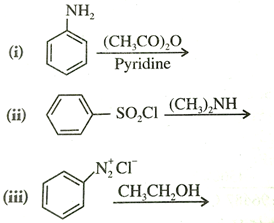