Explain the developments of non-conventional sources of energy in India.


Class 10thAll In One - Geography4. Minerals and Energy Resources

Energy resources can be classified on a variety of basis like nature of their transaction, availability, etc. The most important classification is based on the conventionality in deriving the energy. According to this, energy resources are of two types –

In a developing country like India, the economy is highly dependent on conventional resources. The developments of non-conventional sources of energy in India have been undertaken in the following manner –

A) Solar Thermal Energy – India being a tropical country has vast amounts of free sunlight which can be converted to solar thermal energy through technology. This energy can be further utilized to not only generate electricity for commercial purposes but also for individual uses through the use of solar cookers and solar water heaters. Although the initial cost was high , currently with lowered costs for the required technology , solar power is becoming popular in industrial and individual uses.

B) Wind Energy - Wind energy is another very important, clean and renewable source of energy which is slowly making its presence felt in India. Wind farms in Tamil Nadu (from Nagercoil to Madurai), Andhra Pradesh, Karnataka, Gujarat, Kerala, Maharashtra and Lakshadweep are contributing towards the energy requirement in the country.

C) Biogas – Biogas originating from the anaerobic decomposition of bio-degradable materials is renewable and cleaner than other forms of energy. Its most popular use is as domestic fuel in rural areas. ‘Gobar gas plants’ that use the dung of cattle is an efficient use of manure and provides farmers not only with energy but also improved fertilizers.

D) Tidal energy - There are currently proposals for using tidal energy in India as the country has a vast coastline - about 6000 km and a number of places where we can conveniently harness energy from oceans.

E) Geothermal energy - The energy that is generated and stored in the earth is called geothermal energy. It is mostly used for electricity production and is a cost-effective and environmentally friendly energy source. But it is limited to areas with hot springs. Two experimental projects to harness this source has been set up in India. One is in Parvati Valley near Manikarn in Himachal Pradesh. The other is in Puga Valley, Ladakh.

How useful is this solution?We strive to provide quality solutions. Please rate us to serve you better.
PREVIOUSWhy is coal called the most important source of energy even today in India? Explain with reasons.NEXTExamine Tidal energy and Geothermal energy as sources of energy for the future.
Related Videos

Where is an experimental geothermal energy project located in India?

What is open pit mining?

“There is an urgent need to develop a sustainable path of energy development.” Give two broad measures for it. As concerned citizens, how can you help conserve energy?

How is energy a basic requirement for the economic development of the country? Explain with examples.

‘Consumption of energy in all forms has been rising all over the country. There is an urgent need to develop a sustainable path of energy development and energy saving.’ Suggest and explain any three measures to solve this binning problem. 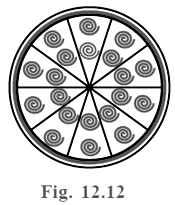