The equilibrium is determined by the point of tangency between the indifference curve and the budget line. It shows the preferences attainable to the consumer by taking the constraints imposed by other factors into consideration.

The objective of every rational consumer is to maximise satisfaction. With the constraints imposed by income and prices, the consumer aims to achieve the highest possible utility. This occurs at the point of tangency of the indifference curve with the budget line. 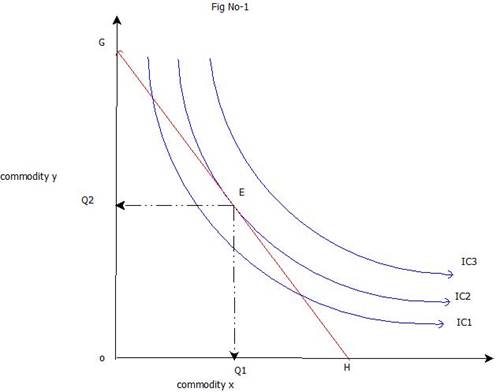 Thus at equilibrium, the budget line would be tangent to the highest possible IC. This ensures the equality of the Marginal Rate of Substitution with the price ratios.