2. Employment in India and Tamil Nadu

a) Primary sector is the sector that uses natural resources to produce goods. The natural resources play a very important part in this sector. For example, agriculture, fishing, mining, quarrying, forestry etc are a part of this sector. This is dominant in the underdeveloped countries. It accounts for 17% of India's GDP give employment to 51% of the working force. It is a base for all the other sectors in the economy. The other 2 sectors have failed to create enough jobs, hence most of the people tend to seek employment in this sector.

In the initial stages of development, the primary sector is of utmost importance. It was the job sector for a large part of the working population of India. Slowly, and gradually as the country developed there was a shift of importance from the primary sector to the other sectors. The government took active participation for the improvement of this sector. It introduced the following:
1. Consolidation of holdings
2. Abolition of zamindari system
3, Land ceiling
4. Introduction of HYV seeds, pesticides, insecticides
5. Better quality of fertilizers and irrigation methods.

b) Secondary sector is the sector that transforms 1 physical good into another. This is important because the primary sector is unable to give us all the goods required to make our life comfortable. For example, manufacturing, electricity, water supply etc are included in this. It is also called the manufacturing sector or the industrial sector. It employs about 22% of the workforce with around 26% contribution to the GDP. With globalization and technology led business growth, it had drifted from being a labour-intensive sector to the capital-intensive sector. Although the industrial production has increased 8-fold, the level of jobs available has not shown any significant growth.

With all of this, the system improved, and more food could be produced. People were now able to take up other activities such as transport, trader, craftsperson etc. Factories came into existence and now people could shift from working in farms to these factories. The consumers for these factory-made goods increased.

c) The tertiary sector is the service sector of the economy. It is extremely important in developed countries. For example, health, trade, transport etc. It brings more than 60% of GDP while employing less than 27% of the workforce. Although there is a significant increase in the GDP, enough jobs are not provided. This is termed as 'Jobless growth' 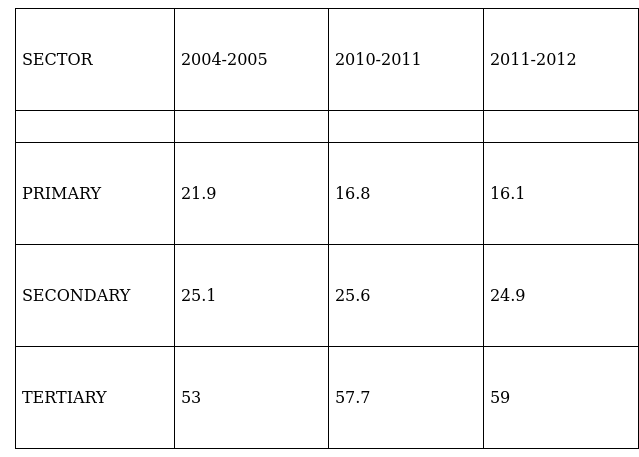 How useful is this solution?We strive to provide quality solutions. Please rate us to serve you better.
PREVIOUSGive Short answers:Agriculture, despite a sharp decline in Gross Domestic Product, continues to be the largest employer in Tamil Nadu. Give reason.NEXTAnswer in detail:Explain the employment structure of India.
Related Videos

Discuss the sectors of your village economy.

The tertiary sector is in top position in the world now. Justify

A research scholar looked at the working people in the city of Chennai and found the following: Explain the employment structure of India.

Why are children and old age (above 60 years) are not considered for computation of workforce?

What is the labour force of the economy? 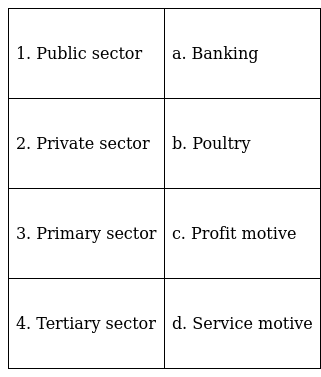 Differentiate between the public sector and the Private sector.

Agriculture, despite a sharp decline in Gross Domestic Product, continues to be the largest employer in Tamil Nadu. Give reason.