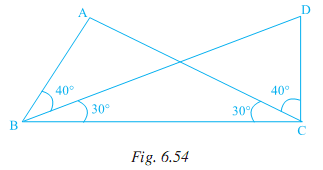 ⇒ Hence; both triangles are congruent by ASA congruence

In a squared sheet, draw two triangles of equal areas such that:

(i) The triangles are congruent.

(ii) The triangles are not congruent.

What can you say about their perimeters?

In the figure, the two triangles are congruent. The corresponding parts are marked. We can write

Triangles DEF and LMN are both isosceles with DE = DF and LM = LN, respectively. If DE = LM and EF = MN, then, are the two triangles congruent? Which condition do you use? 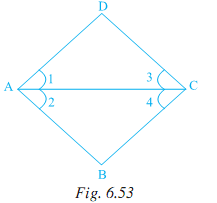 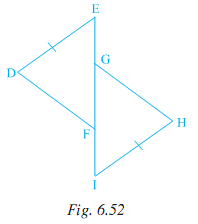 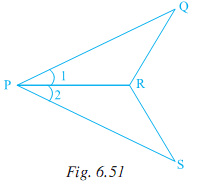 In Fig. 6.50, which pairs of triangles are congruent by SAS congruence criterion (condition)? If congruent, write the congruence of the two triangles in symbolic form. 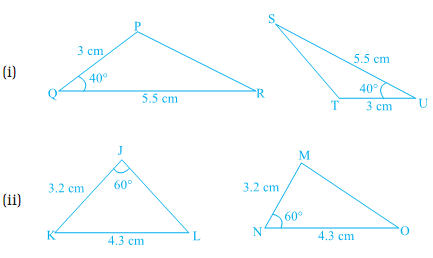 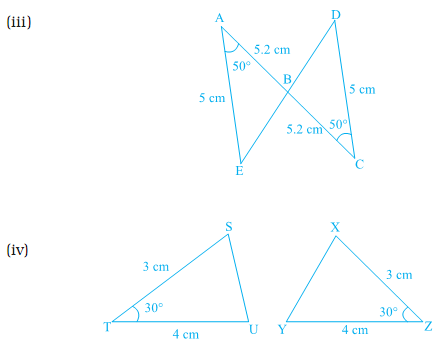 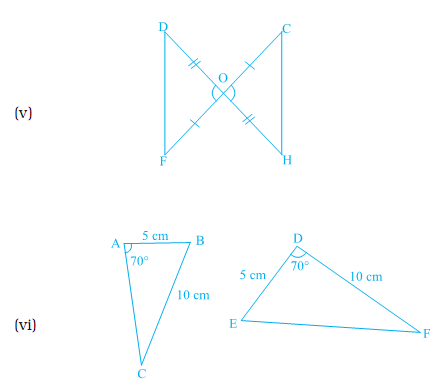 If ∆PQR and ∆SQR are both isosceles triangle on a common base QR such that P and S lie on the same side of QR. Are triangles PSQ and PSR congruent? Which condition do you use?