(i) (a) Two circles having radii 2cm and different centres

In this, both of them have the same radii, but their centres are different.

(b) Two squares having the same length of side 5cm

We know that in a square all the sides are equal and all angles are of 90°. So, these two squares are congruent.

(ii) (a) Two equilateral triangles having sides 1cm and 2cm. 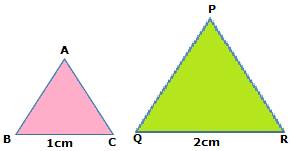 In case of equilateral triangles, all the sides are equal, and all the angles are of 60°.

But here, their corresponding angles are equal, but sides of triangle ABC and PQR are not equal in length.

So, they are similar figures but not congruent.

(b) Two circles having radii 1cm and 2cm

Both of the figures are of circle but they are having different radii. So, they are similar but not congruent.

(iii) (a) A rhombus and a rectangle

Hence, a rhombus and a rectangle are non-similar figures.

Here, both of the triangles are right-angled but other two angles are not equal. So, these are not similar figures. 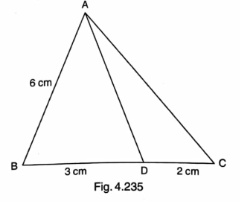 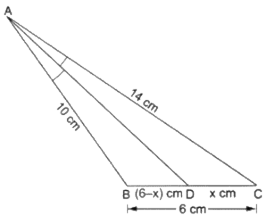 You were playing cricket in a park. Suddenly you saw an old man, just collapsing on the pavement. You all rushed to him………..

Acetic acid was added to a solid X kept in a test tube. A colourless and odourless gas was evolved. The gas was passed through lime water which turned milky. It was concluded that.

All In One Science 668 views
Q

As observed from the top of a 75 m high lighthouse from the sea-level, the angles of depression of two ships are 30° and 45°. If one ship is exactly behind the other on the same side of the lighthouse, find the distance between the two ships