Let required number of goods A and B are x and y respectively.

Total silver available is 9 grams. So,

Since each A and B requires 1 gram and 2 grams of gold respectively. So, x of type A and y of type B require x and 2y respectively.

But total gold available is 8 grams.

Hence mathematical formulation of the given LPP is, 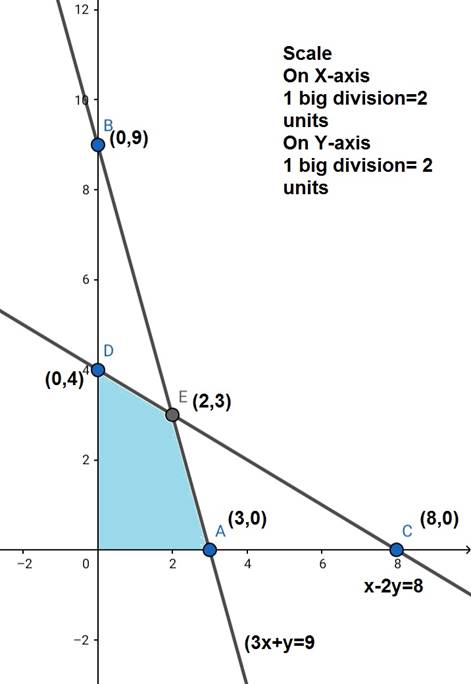 The values of Z at these corner points are as follows

Thus the maximum profit is of Rs 230 when 2 units of Type A 3 uniits of Type B are produced.