Let number of product I and product II are x and y respectively.

Hence mathematical formulation of LPP is, 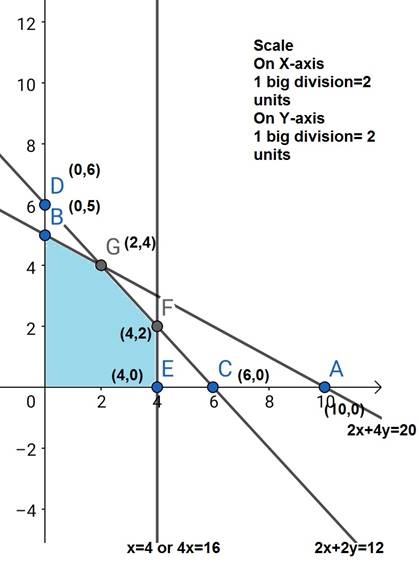 The values of Z at these corner points are as follows:

Thus, the maximum profit is 16 monetary units obtained when 2 units of first product and 4 units of second product were manufactured.