In this we are asked to divide it in 2:3 ratio

i. Firstly, we have to draw a line segment ST of length 10 cm

ii. Draw a line with an acute angle from point s 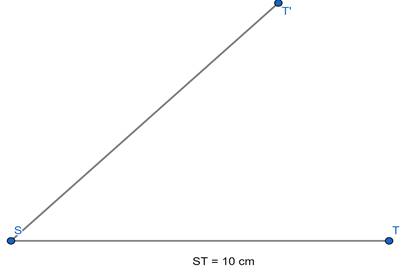 iii. Point the compass on S, and cut the new line with some radius 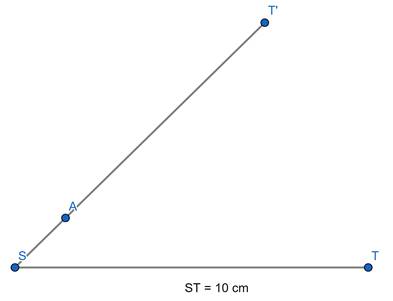 iv. lace the compass along the line and make 5 arcs. Since we need 5 congruent parts, and name the last one as “E” 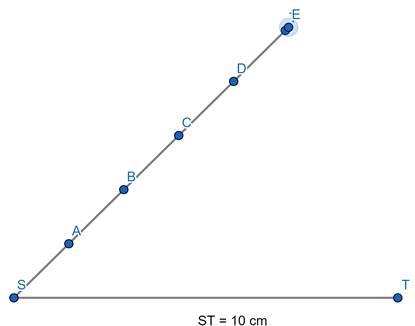 v. Take length of TE as radius draw an arc from S just below it.

Again, take the length of SE as radius and draw an arc which cuts the previous arc from T, name the intersection point as F. Connect F and T 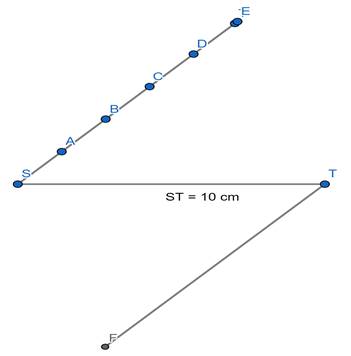 vi. Taking the same length that we used in line SE, draw arcs along FT 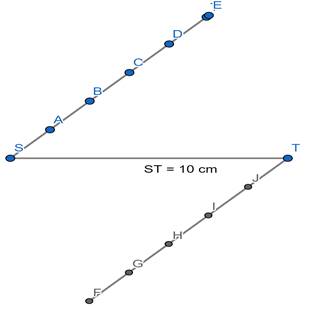 vii. Connect the points along SE and FT and name the intercepts on line ST as K,L,M,N 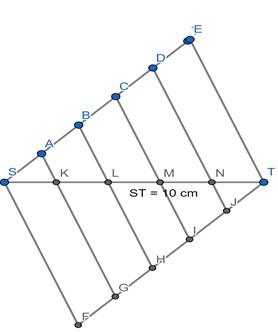 Why do you think

You know that ear