1. Draw a line segment BC of length 8cm.

2. Now as we know that the altitude of the isosceles triangle is also the bisector of the baseline. So we draw a perpendicular bisector of line BC. 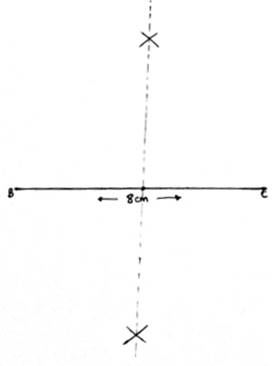 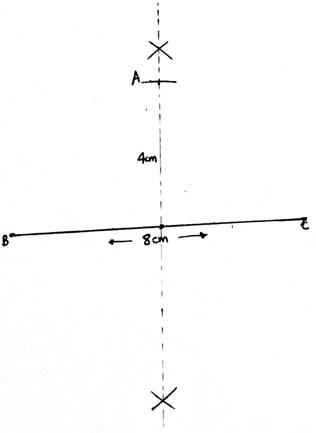 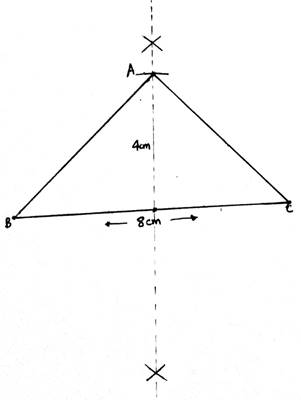 6. So we extend BC along C and BA along A as in figure.

7. Draw a ray BZ making an acute angle with BC. Make 3 equal arcs along BZ. 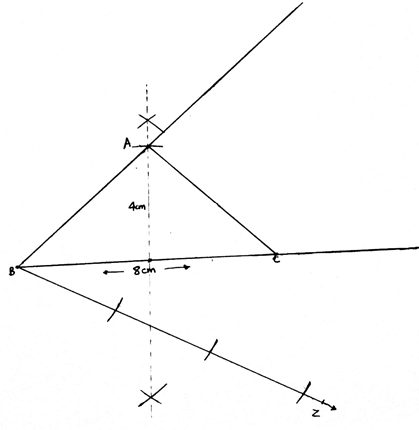 7. Join the second arc with C. Now draw a line from last arc cut point parallel to the previous line cutting the extended BC at C’. 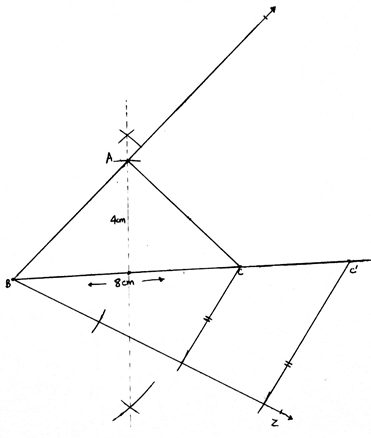 8. From C’ draw another line parallel to CA cutting the extended BY at A’. 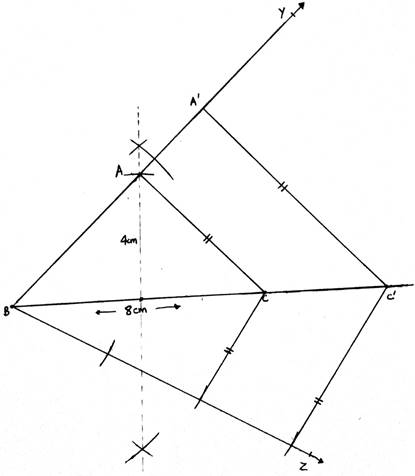 9. A’BC’ is our required triangle.