(i) Through a point on a circle one tangent lines can be drawn. 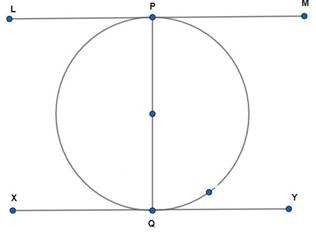 Let the centre be O.

From this figure it can be interpreted that OP will be the radius of the circle.

OP is perpendicular to LP and MP.

This is possible only when all the L, P and M lie on same line.

Hence LPM is a straight line.

LM is the only tangent which pass through the point P.

Hence only one tangent can be drawn from a point on a circle.

(ii) A line intersecting a circle in two points is called a secant. 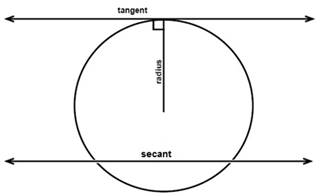 (iii) A circle can have two Parallel tangents at the most.

A tangent line touches a shape at a single point. Two parallel tangents will be on opposite sides of the circle. If you try to add another parallel line, it will pass through two points of the circle, and isn't a tangent. 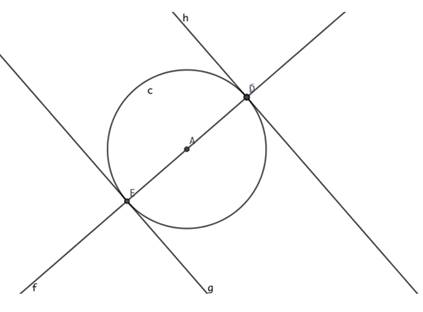 (iv) The common point of a tangent to a circle and the circle is called point of contact or point of tangency. 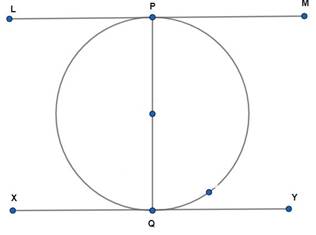 How useful is this solution?We strive to provide quality solutions. Please rate us to serve you better.
PREVIOUSWrite true or falNEXTTwo concentric ci
Related Videos