Here, we are supposed to construct an isosceles triangle ABC, with base BC and altitude from A on BC given.

Steps of construction will be:

2. Locate points B and C such that BC = 6.5 cm, on the previously drawn line segment using a ruler.

3. Draw a perpendicular bisector of BC.

For this, fix your compass at approximately more than the length of BC and make two circle or semicircle, or two arcs taking B as centre on either sides of the line, then similarly make two more arcs taking C as centre cutting the previous arcs. Join the two intersections and call it MP with M on BC. 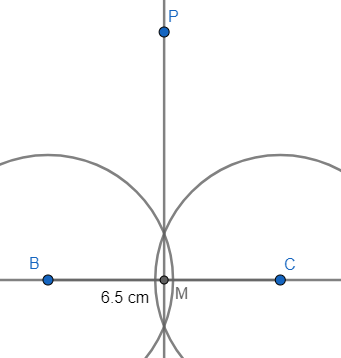 4. With M as centre and radius 4 cm, draw a circle or a semicircle or an arc cutting MP at A using a compass. 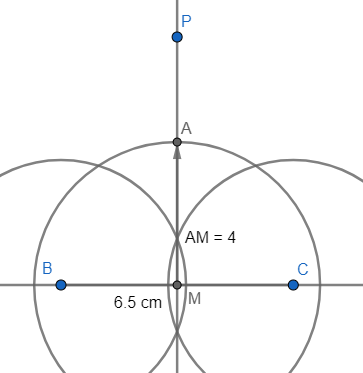 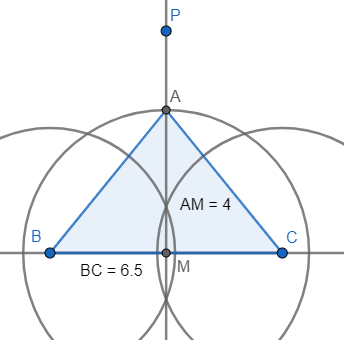