Draw a circle of radius 4 cm. Draw two tangents to the circle such that they include an angle of 135°.

∠DBA = 90° …radius is perpendicular to tangent at point of contact

∠DCA = 90° …radius is perpendicular to tangent at point of contact

As the sum of angles of a quadrilateral is 360°

Step1: Construct a circle of radius 4 cm mark the centre as A and draw radius AB 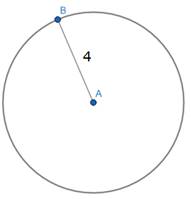 Step2: Using protractor draw the line at 45° to AB from point A and mark its intersection point with a circle as C join AC 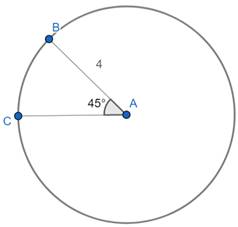 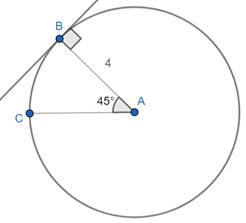 Step4: Using protractor draw a line perpendicular to AC from point C and mark the intersection point with a line drawn in step3 as D

Hence tangents DB and DC are ready at angle 135° 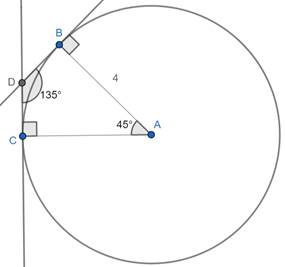 How useful is this solution?We strive to provide quality solutions. Please rate us to serve you better.
PREVIOUSDraw a circle of radius 5cm. Take a point P outside the circle. Construct a pair of tangents from P to the circle without using its centre.NEXTDraw a circle of radius 5cm. Draw any line through the centre of the circle. Draw a tangent to the circle making an angle of 45° with the line. What is the length of the tangent?
Try our Mini CourseMaster Important Topics in 7 DaysLearn from IITians, NITians, Doctors & Academic Experts
Dedicated counsellor for each student
24X7 Doubt Resolution
Daily Report Card
Detailed Performance Evaluation
view all courses