First, we have to make a line parallel to AB at 1.8 cm

Step2: Mark a point P at 1.8 cm from segment AB above it. Draw a line passing through point P and intersecting AB at T as shown 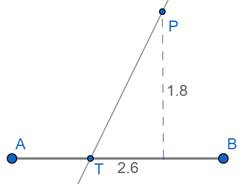 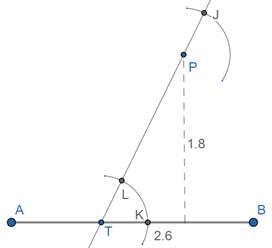 Step4: Take the distance of arc LK in compass and keep the needle on point J and draw an arc intersecting the arc passing from J at point M. Draw a line through point M and N and is parallel to AB 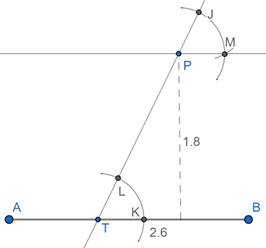 Step5: Draw the line at 60° from point B intersecting the line drawn in step4 at point C. Join AC and BC 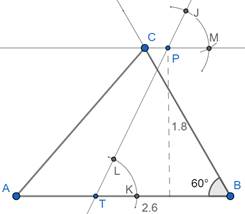 Step6: draw a ray at any angle below BA from point A 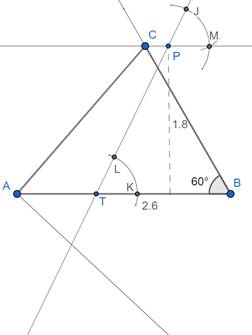 Now we have to construct the triangle AQR which is 1.5 times that of the corresponding side of ΔABC

The scaling factor is 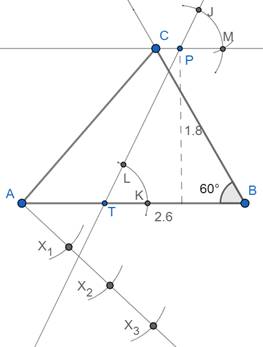 and not X3 because the ratio 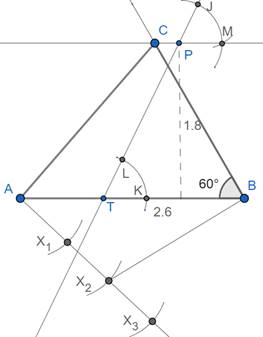 Step9: Extend AB and draw a line parallel to X2B from X3 intersecting AB at R 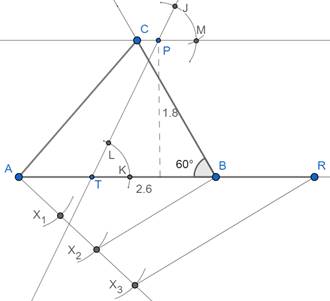 Step10: Extend AC and draw a line parallel to BC from R intersecting AC at Q and Δ AQR is ready 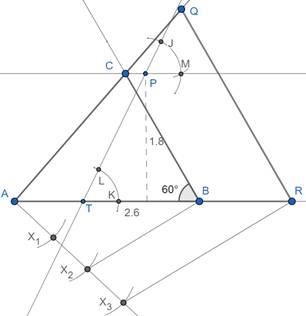 How useful is this solution?We strive to provide quality solutions. Please rate us to serve you better.
PREVIOUSConstruct a triangle ABC, similar to a given isosceles triangle PQR, with QR = 2.8 cm, PQ = 2.5 cm, such that each of its side th of the corresponding sides of the PQR. Also draw the circumcircle of PBC.NEXTConstruct an isosceles triangle whose base is 8cm and altitude 4cm and then another triangle whose sides are times the corresponding sides of the isosceles triangle.
Try our Mini CourseMaster Important Topics in 7 DaysLearn from IITians, NITians, Doctors & Academic Experts
Dedicated counsellor for each student
24X7 Doubt Resolution
Daily Report Card
Detailed Performance Evaluation
view all courses 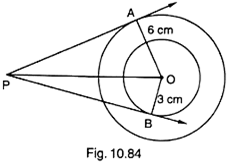