Referring to the exercise 12, we get following data

Let the firm has x number of large vans and y number of small vans. We make the following table from the given data:

Now will divide throughout by 40, we get

Now will divide throughout by 200, we get

Now let us convert the given inequalities into equation.

We obtain the following equation

The region represented by x≤y:

The line x=y is a line that passes through the origin and doesn’t touch any coordinate axes at any other point except (0,0). We will join these points to obtain the line x=y. It is clear that (0,0) satisfies the inequation x≤y. So the region that contain the origin represents the solution set of the inequation x≤y

The graph of these equations is given. 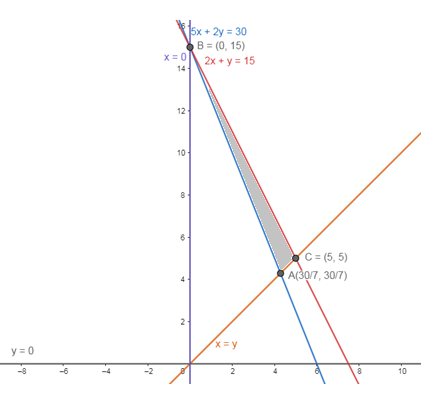 Now we will substitute these values in Z at each of these corner points, we get 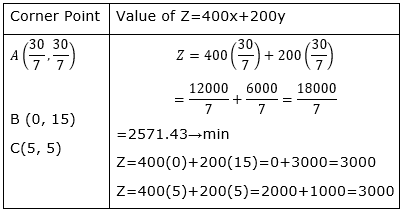