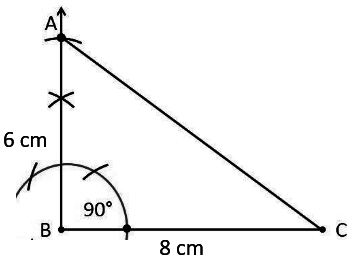 iii. Now, draw a perpendicular bisector of BC which will intersect it at P . 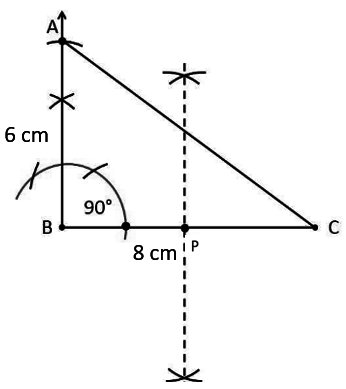 iv. Now P is a mid point of BC.
Taking P as a centre and BP as radius draw a circle. 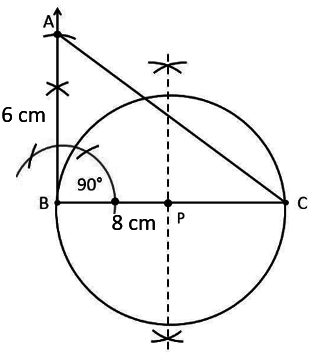 v. Join A to the centre of circle i.e. P.
Make perpendicular bisector of AP.
Let Q be the mid point of AP. 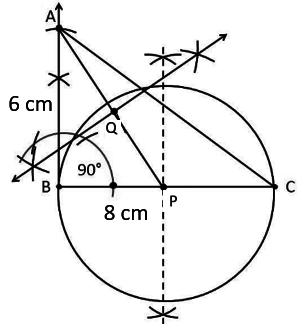 vi. Taking Q as centre and AQ as a radius draw a circle. 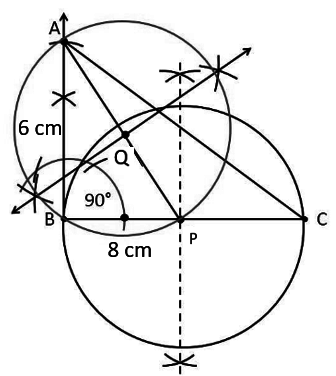 vii. Now Both circles intersect each other at B and R.
Join AR. 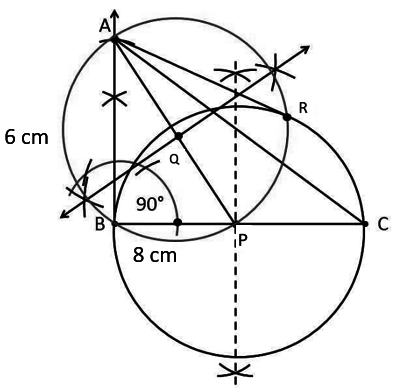 Hence AB and AR are the required tangents.

We  need to prove AB and AR are tangents. 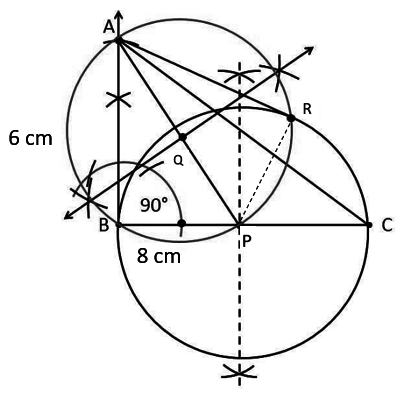 As ARP is an angle on the semicircle BPR.
And angles in semicircles are of 90°.
∴ ∠ARP = 90°
⇒ AR ⊥ PR
And PR is the radius of circle,
From the theorem which states that tangent is perpendicular to the radius.
So AR has to to be tangent.
Similarly AB is a tangent.
Hence proved

How useful is this solution?We strive to provide quality solutions. Please rate us to serve you better.
PREVIOUSDraw a line segment AB of length 8 cm. Taking A as centre, draw a circle of radius 4 cm and taking B as centre, draw another circle of radius 3 cm. Construct tangents to each circle from the centre of the other circle.NEXTDraw a circle with the help of a bangle. Take a point outside the circle. Construct the pair of tangents from this point to the circle.
Try our Mini CourseMaster Important Topics in 7 DaysLearn from IITians, NITians, Doctors & Academic Experts
Dedicated counsellor for each student
24X7 Doubt Resolution
Daily Report Card
Detailed Performance Evaluation
view all courses