a. With B as centre and with any radius, draw another arc cutting the line BC.

b. With D as centre and with the same radius, draw an arc cutting the first arc (drawn in step b) at point E.

c. With E as centre and with the same radius, draw another arc cutting the first arc (drawn in step b) at point F.

d. With E and F as centers, and with a radius more than half the length of EF, draw two arcs intersecting at point G.

f. Now the point H will be the point of intersection of the ray BG and the first arc (from step b). With points H & D as centers, with any radius more than half the length of HD, draw two arcs such that they meet at point I. By joining points I and B, we get the ray BI which forms 45° with ray BD. 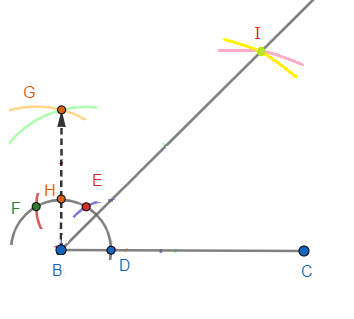 
So the ray BI will be above BC 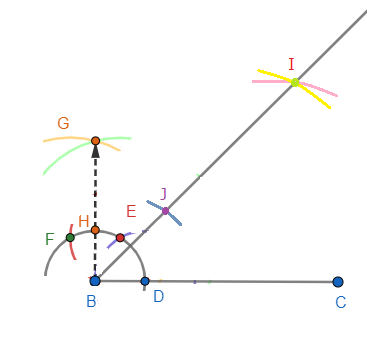 iv. Join CJ and we draw a perpendicular bisector for CJ.


a. By drawing arcs on both sides of the line CJ, with C and J as centers and with same lengths. These arcs intersect at K and L on either side of line CJ. 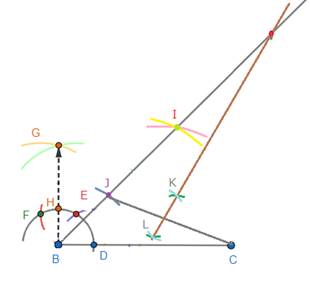 v. The perpendicular bisector for CJ will intersect the ray BJ at point A. Join AC. 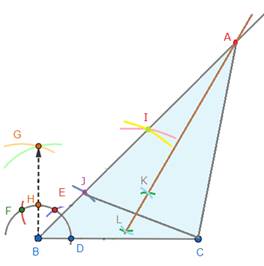 Thus the formed triangle ABC is the required triangle.

What can the maxi