Draw a ∆ABC in wh


II. So, first we construct a triangle a triangle similar to ∆ABC with scale factor 3/2 and use the above concept to check the triangles are congruent or not.

2. Taking B and C as centres, draw two arcs of radii 4 cm and 9 cm intersecting each other at A. 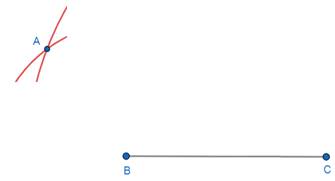 3. Join BA and CA, ∆ABC is the required triangle. 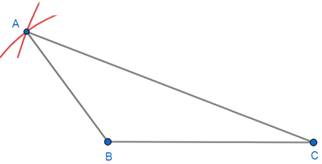 4. From B, draw any ray BX downwards making an acute angle. 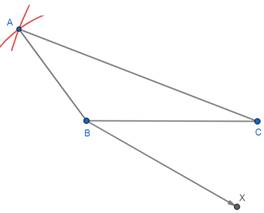 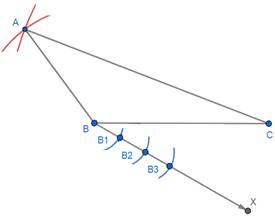 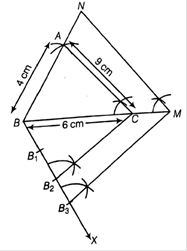 6. Join B2C and from B3 draw B3M││B2C intersecting the extended line segment BC at M. 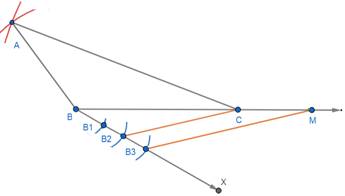 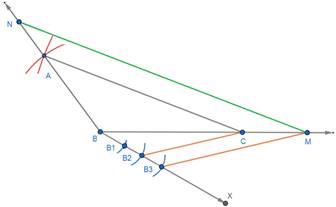 8. Then, ∆NBM is the required triangle whose sides are equal to

the corresponding sides of the ∆ABC.


As per the construction B3M││B2C

Also from the construction MN||CA


Therefore rABC is congruent to rNBM

Hence, the new triangle rNBM is similar to the given triangle rABC and its sides are

times of the corresponding sides of rABC.