In order to draw the pair of tangents, we follow the following steps.


1. Take a point O on the plane of the paper and draw a circle of radius OA=4 cm. 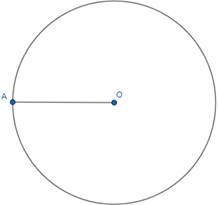 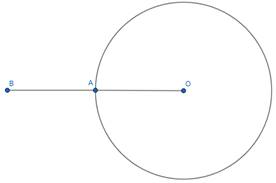 3. Taking A as the centre draw a circle of radius AO=AB=4 cm. This circle intersects the first circle drawn in step 1 at P and Q. 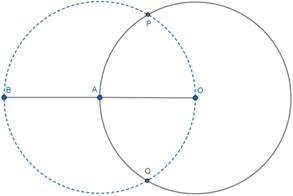 4. Join BP and BQ to get desired tangents. 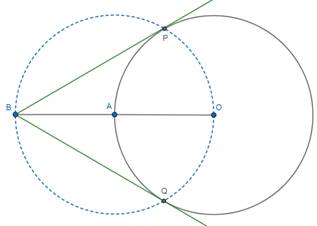 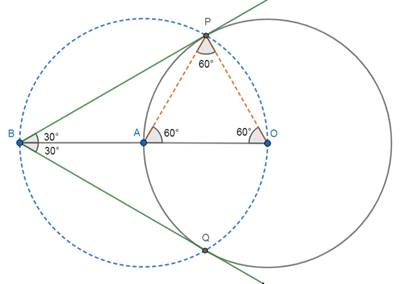 Radius of circle with centre A)


As two sides BA and AP are equal rABP is isosceles.


1. Take a point O the plane of the paper and draw a circle with centre O and radius OA=4 cm. 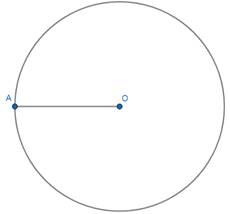 2. At O construct radii OA and OB such that to ∠AOB = 120° i.e., supplement of the angle between the tangents.


a. Now with point O as the centre, draw an arc any radius such that, the arc meets the ray OA at point C. 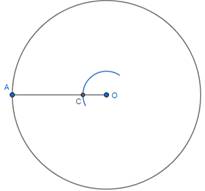 b. With C as centre and with the same radius as before, draw another arc cutting the previous one at point D. 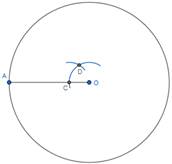 c. Now with D as centre and with the same radius, draw an arc cutting the first arc (drawn in step a) at point E. 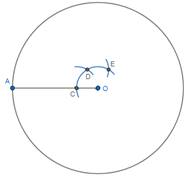 d. With E and D as centres, and with a radius more than half the length of DE, draw two arcs intersecting at point F. 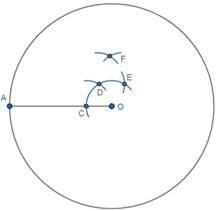 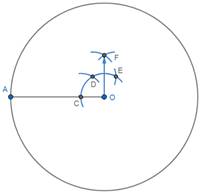 f. Now as point O is the initial point as the centre, draw an arc any radius such that, the arc meets the ray OF at point G. 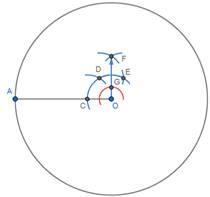 g. With G as centre and with the same radius as before, draw another arc cutting the previous one (drawn in point f) at point H. 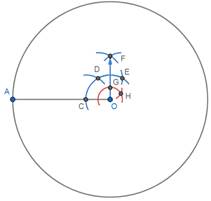 h. With G and H are centres and with same radius (which is more than half of the length of GH), draw two arcs intersecting at Y. 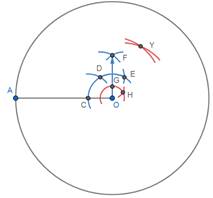 i. Draw the ray OY which intersects the circle with radius OA = 4 cm at B. This line OB forms an angle of 120° at point O with the line segment OA. 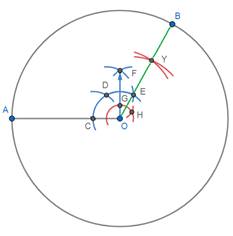 3. Draw perpendicular to OA and OB at A and B respectively.


The perpendicular lines to OA ad OB will make an angle of 90° at the point of intersection i.e. a point A and B respectively. (So, we can measure 90° or construct 90° angles by taking A and B as the points of construction like in point 2.) 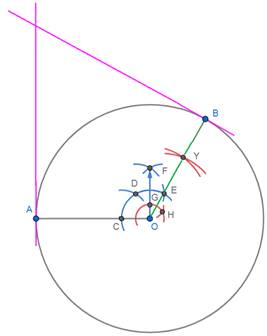 4. Let us suppose these perpendiculars intersect at P. Then, PA and PB are required tangents. 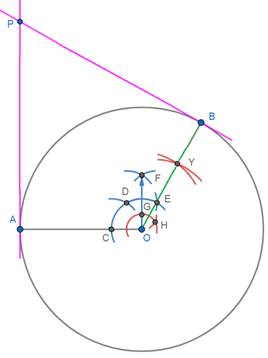 
From the quadrilateral OAPB, we have


(As PA and PB are perpendicular to OA and OB)

A tent is in the