ACB is equal to: 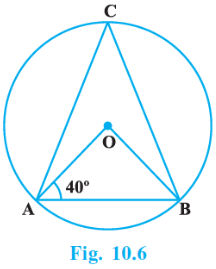 Using the angle sum property of triangle, sum of all angles of a triangle is 180°,

How useful is this solution?We strive to provide quality solutions. Please rate us to serve you better.
PREVIOUSIn Fig.10.5, if AOB is a diameter of the circle and AC = BC, then CAB is equal to:NEXTIn Fig. 10.7, if DAB = 60 �, ABD = 50 �, then ACB is equal to:
Related Videos

In a circle with centre O, AB and CD are two diameters perpendicular to each other. The length of chord AC is 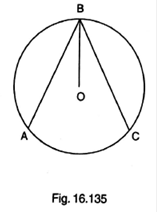 What is the Bhabar?

Name the three major divisions of the Himalaya from north to south.

How many litres of milk can a hemispherical bowl of diameter 10.5 cm hold?