The differences between ‘positive growth’ and ‘negative growth’ of population are as follows: 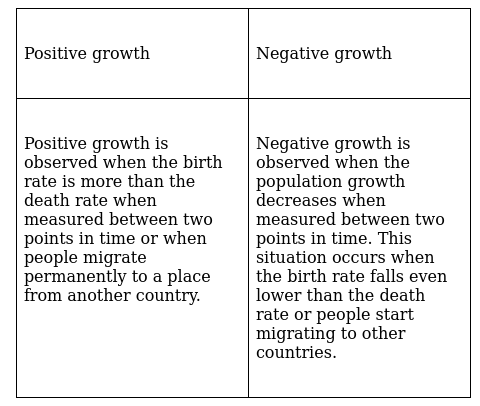 Science and technology helps in the growth of population in the world. The role it plays are as follows:

1. The steam engines were replaced by humans and also water and wind energy became mechanical. Because of this many developments took place in the production activities of agriculture and industries.

2. Medical facilities saw a major development with declining death rates and quick treatments for epidemics and other images.

3. The population growth rate which was continuously increasing was controlled by technological advancements which reduced birth rates in many areas.